Grace Episcopal Church was the very first church building in Cuero, Texas. The Parish began in March of 1873, when Mr. and Mrs. C.C. Howerton, a family of Episcopalians moved to town. In 1874, the first building was constructed, using a small church purchased from the town of Lavaca and moved to Cuero - complete with bell and furnishings.

As it was the only church building in town, the vestry, under the stewardship of Henry Clay Pleasants, Senior Warden, encouraged other churches to use the building when it was needed. The policy was: "The unanimous voice of the vestry is to invite any Christian Church which believes in the Apostle's Creed to worship in our church. The has been the voice of the vestry ever since."

In 1889, the members were longing for a more stately building in which to worship. The church that stands at the corner of Esplanade and Live Oak was built under the direction of The Rev George Hinson. The lovely Carpenter Gothic building was constructed with wood imported from New Orleans. The walls are tongue in groove and the building has a cathedral ceiling reflecting the tradition of a church building representing an ark.

The original small church moved from Lavaca was remodeled by the Ladies Aid Society of the church, and became the rectory - the residence of the priest serving the congregation. The rectory served the church until 1961, when it was sold, and became a private residence.

Grace Episcopal Church has been graced over the centuries with many memorials and offerings. Each one a treasure, most are still in used for regular worship services. In 1892 a new Communion Chalice was given to the church as a gift from the entire parish. Click on the "Chalice" page under "History" To see the story as told in The History of Dewitt County Texas, published by the Dewitt County Historical Commission in 1991. The Church Building is a Recorded Historic Landmark. 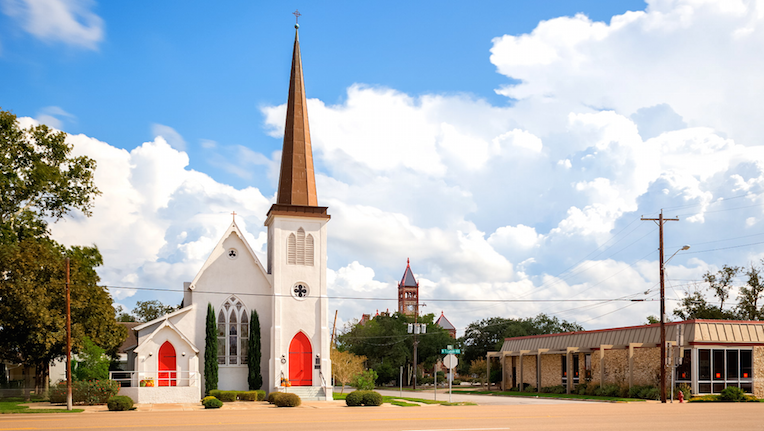 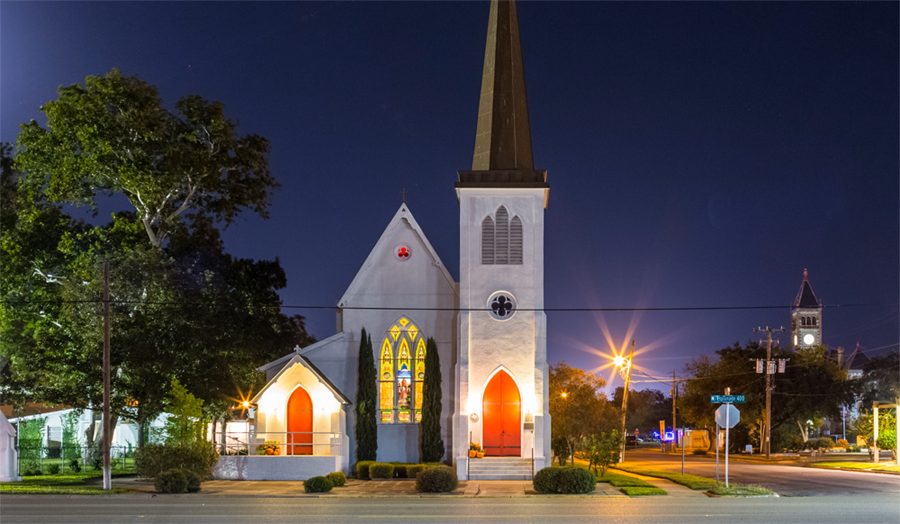 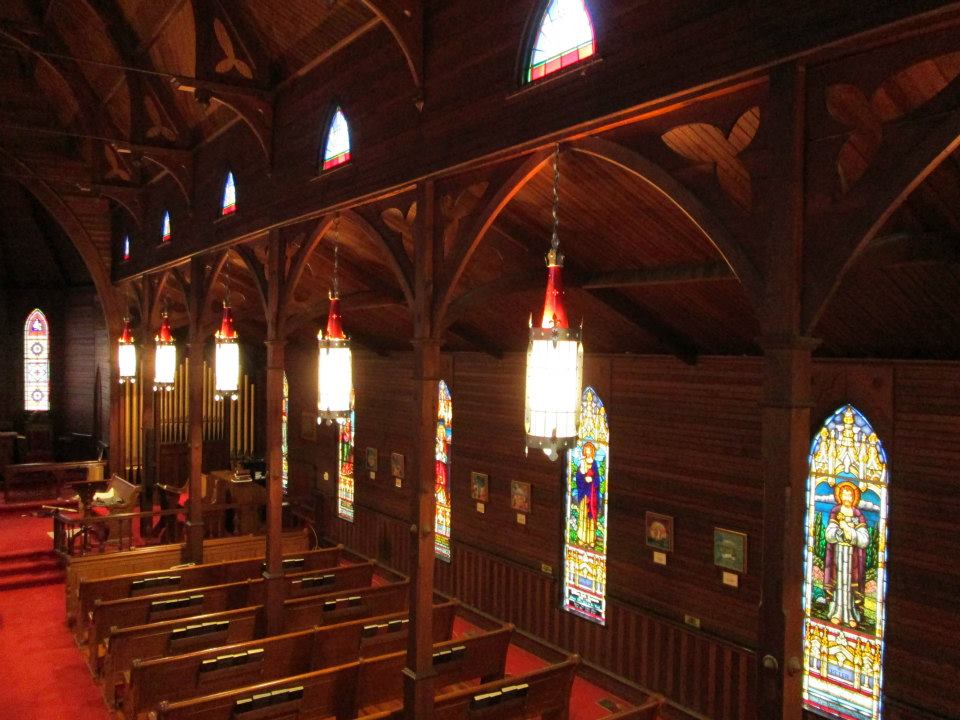 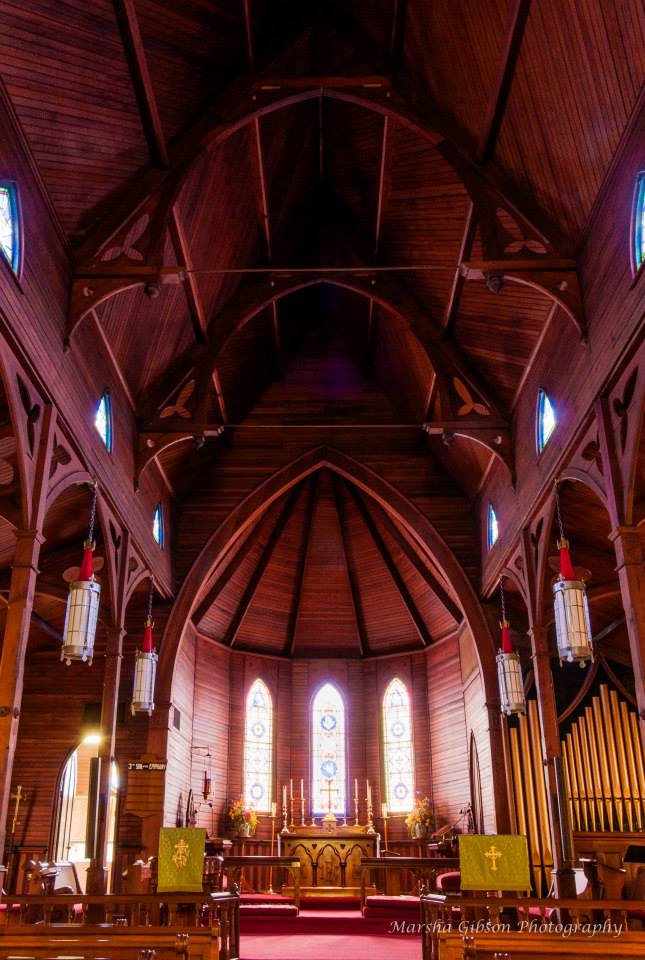 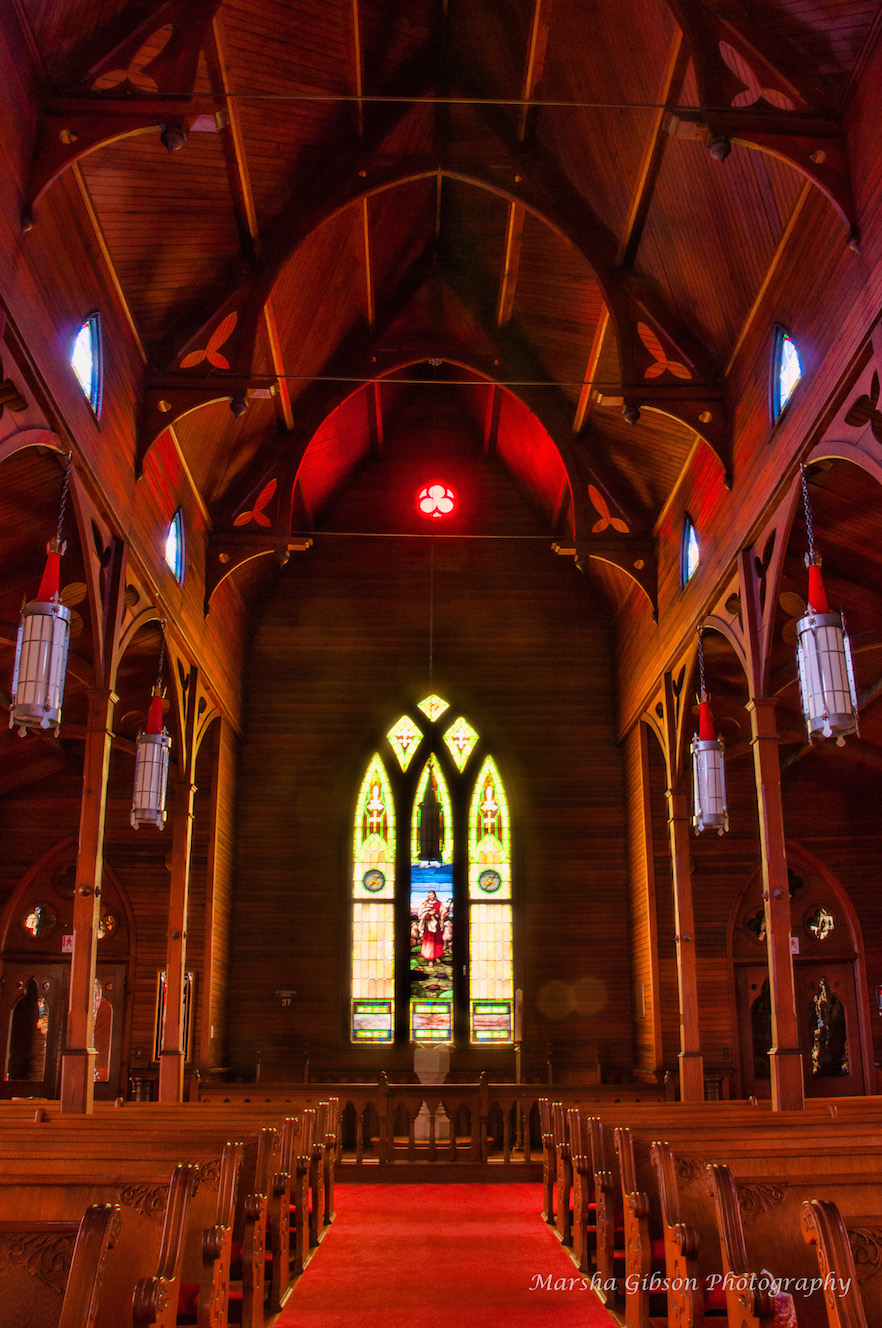 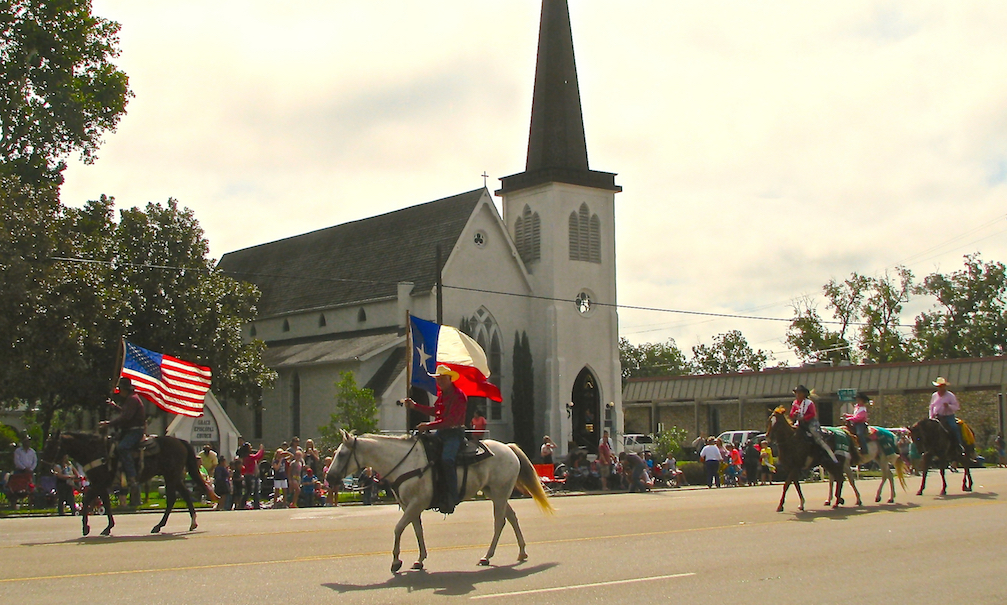 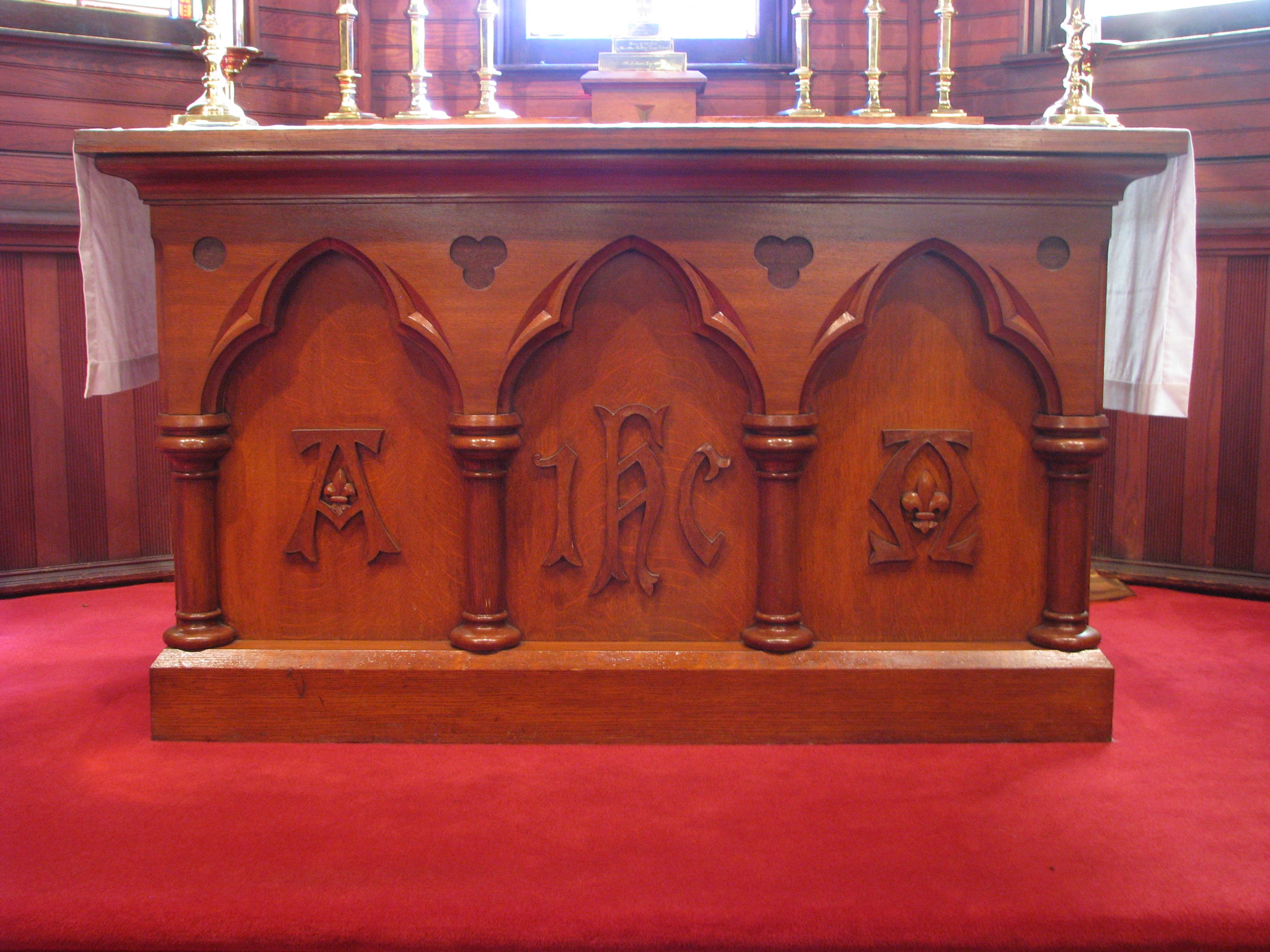 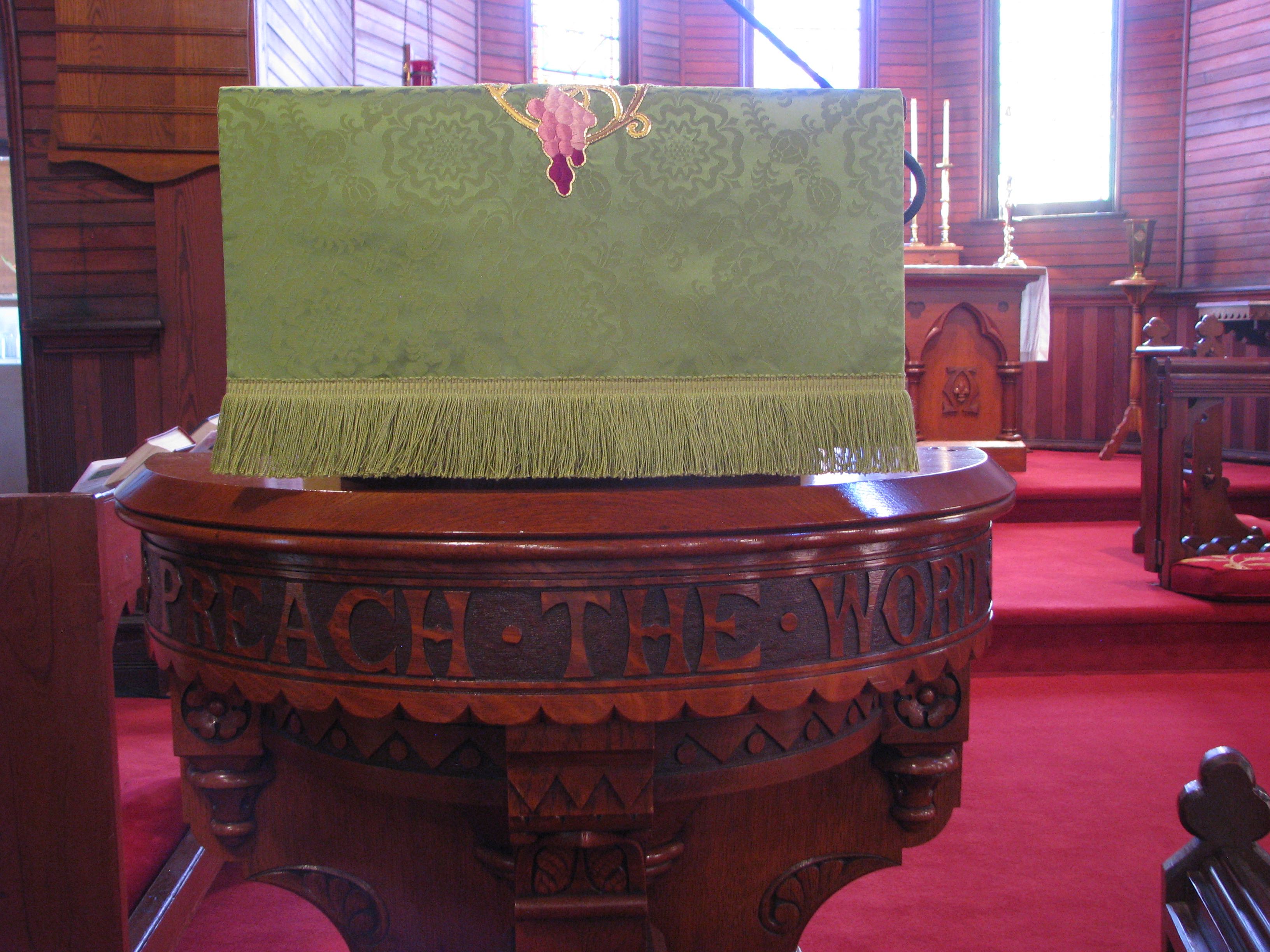 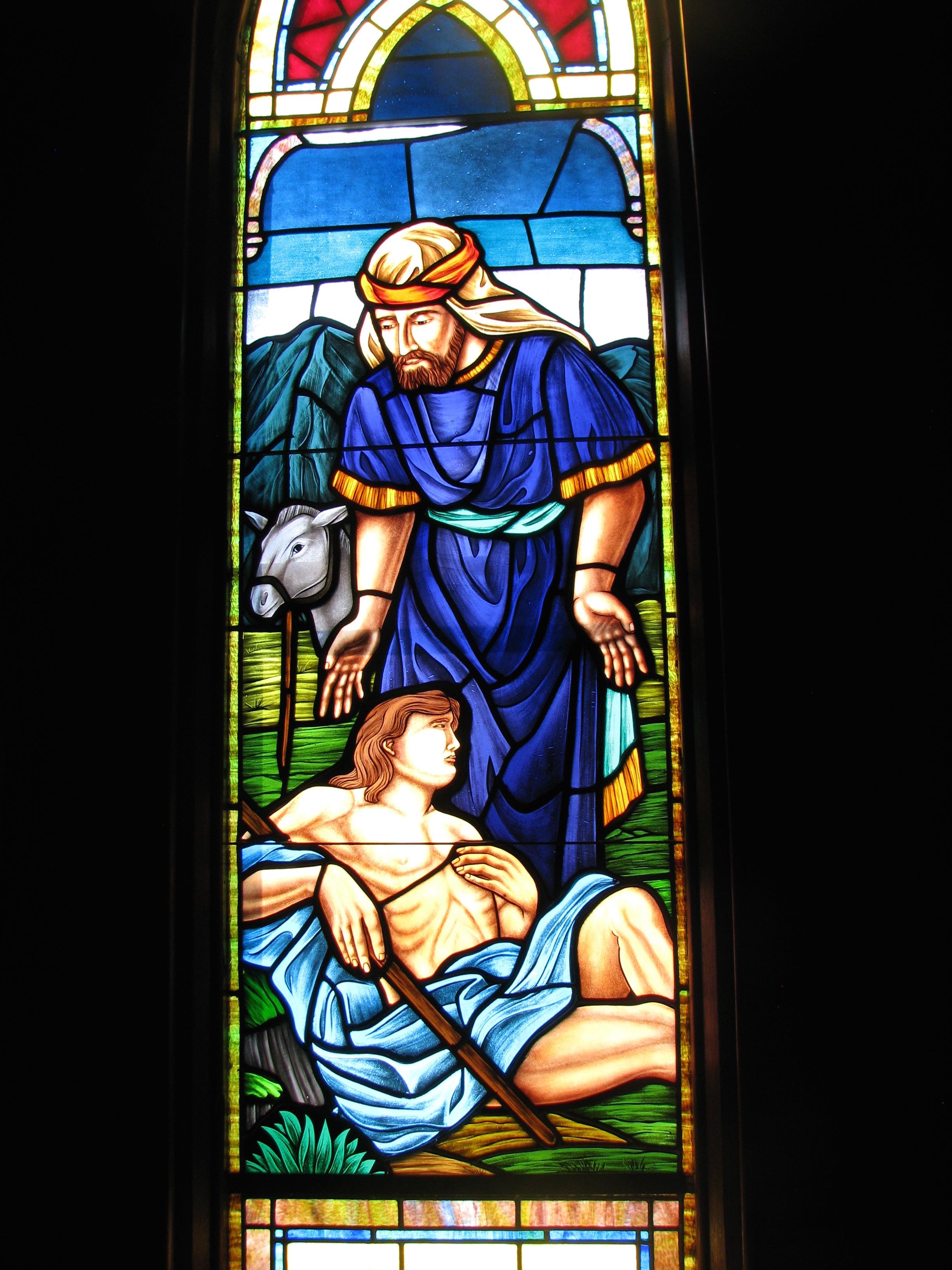